The Geology of Whakarewarewa

The Natural Forces That Shape Our Home

The natural geothermal features of Whakarewarewa Village are the result of the large area of geothermal activity known as the Rotorua Thermal Field. This field is responsible for all of the billowing steam, ‘interesting’ odours, and colourful water that you will experience during your stay in the region.

The Rotorua Thermal Field covers a surface area of 12 km2, but extends much further underground. One of the most noticeable features of the region is the Rotorua caldera, a large depression caused by an eruption about 240,000 years ago. Lake Rotorua fills the centre of this depression, and the city of Rotorua is located at the southern edge. Several domes have formed along the edge of the Rotorua Caldera, including Ngongotaha, Hamurana and Pukehangi.

Each geyser in the Whakarewarewa area has a name, often derived from the geyser characteristics, or drawing on the names of local heroes. The most noted geyser of the region is the Pōhutu Geyser, which is the largest geyser in New Zealand and the Southern Hemisphere. The word “Pōhutu” means “big splash” or “explosion” and with up to 15 eruptions per day that travel roughly 30 meters (100 feet) into the air, Pōhutu has certainly earned its name.

The clear, hot pools of the village can reach between 70 and 100 degrees Celsius, and are generally neutral or alkaline in PH. They are formed by the deep, primary geothermal reservoir rising through faults to the surface. This water source is saturated with natural silica, and pale grey silica sinter typically forms in layered / scaled aprons along the edge of these pools.

The mud pools at Whakarewarewa tend to be acidic in nature and occur away from fault areas at raised elevation. Mud pools and ponds of cloudy water are formed by activity under the surface. Hydrogen sulphide gas is emitted from boiling liquids underground and mixes with oxidised meteoric ground water to produce acid sulphate waters. These acidic waters dissolve the surrounding rock, altering and degrading structures, and producing pools of mud. This process is also responsible for collapse holes, which are common at Whakarewarewa and has caused many changes in the Village over the generations.

While the powerful geothermal forces that lie beneath Whakarewarewa seem eternal, the geothermal landscape has in fact been under threat for years. In the last century, over-development of bores and wells for both private and commercial use has decimated the geothermal aquifer. Thankfully, conservation efforts have been put into place in recent years and, with careful management, the geothermal treasures of the Whakarewarewa region are set to continue to sustain and enchant locals and visitors alike, for many years to come.

Explore the Geological wonders in Whakarewarewa 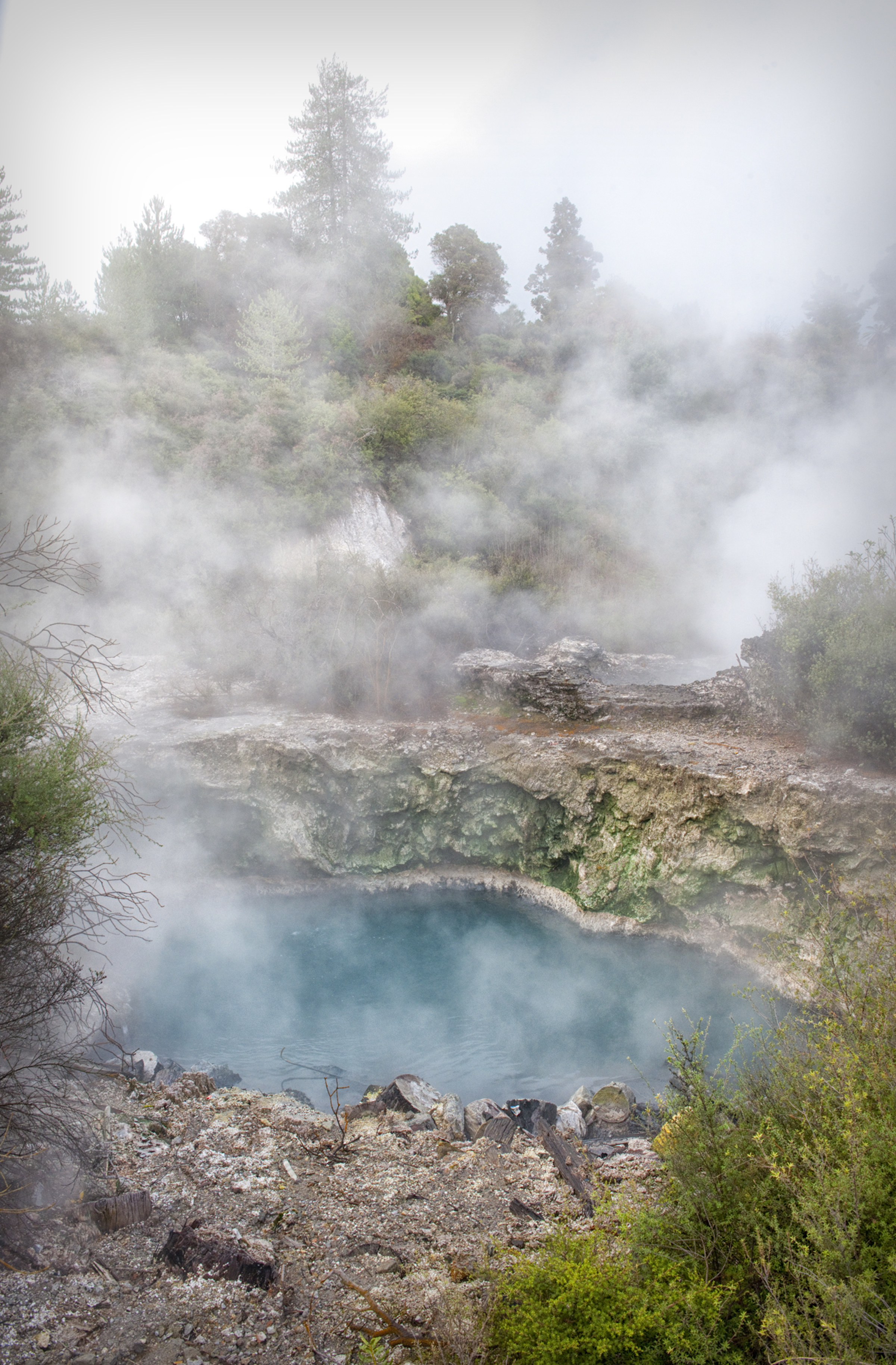 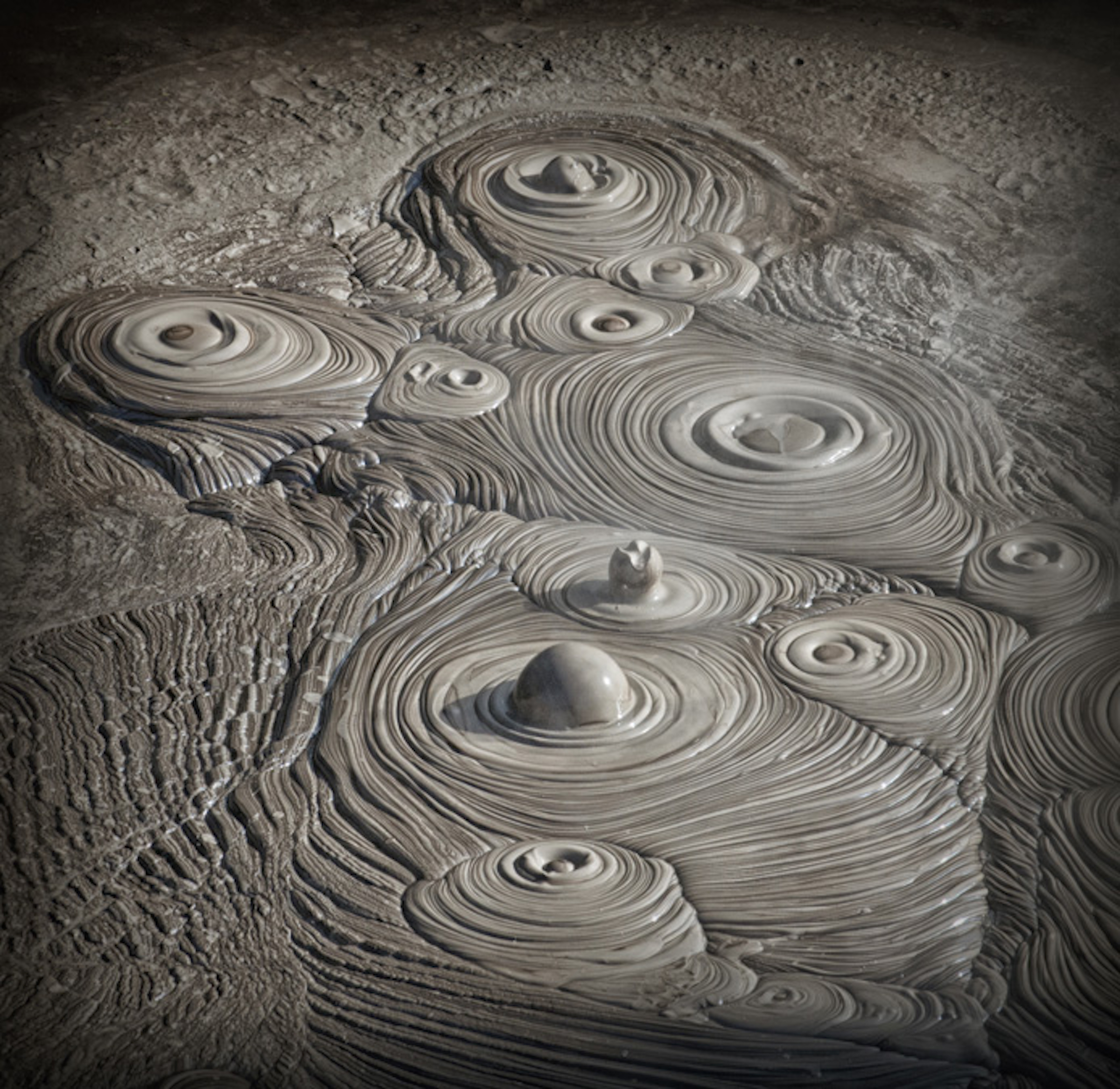 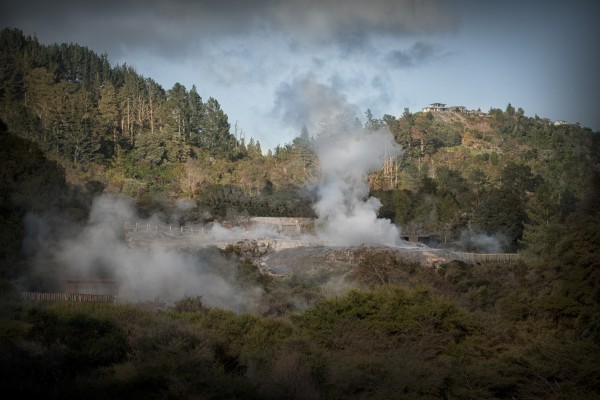