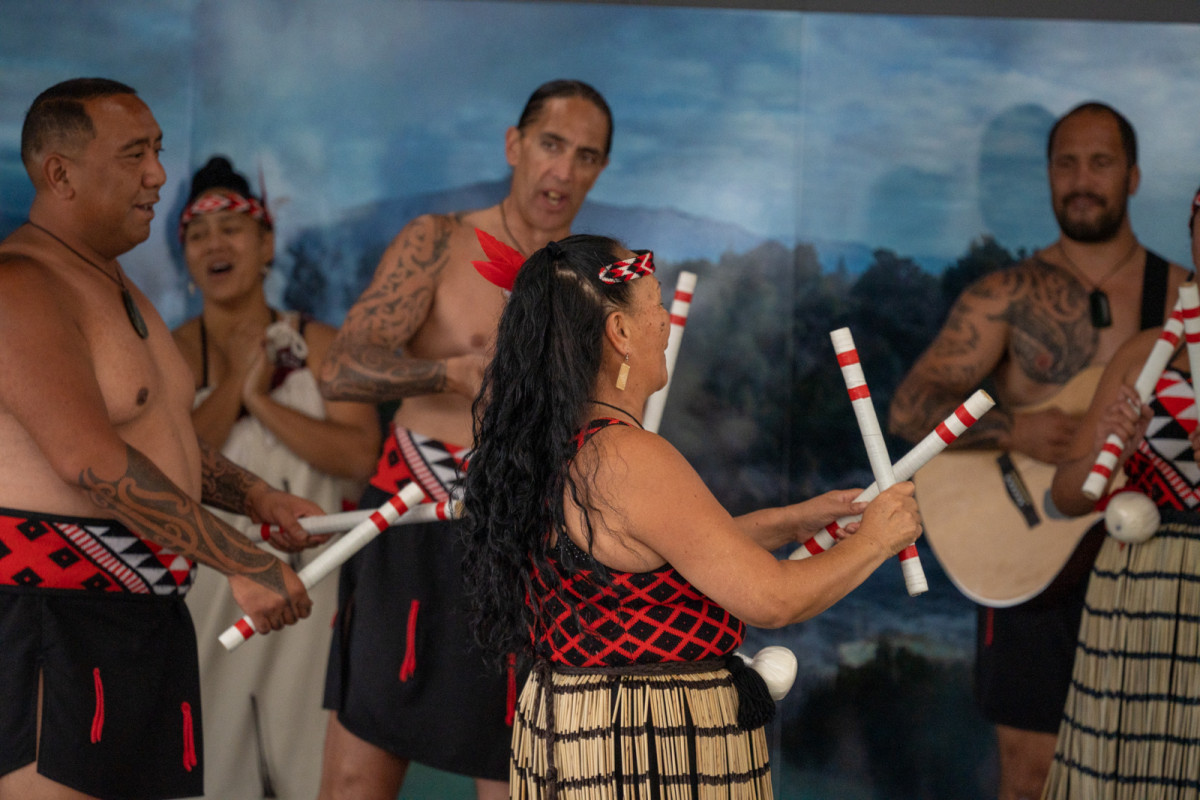 As Mauriora Kingi has told, traditions about the origin of the Rotorua geothermal region trace back to the Ngétoroirangi, the navigator and tohunga of the Te Arawa canoe. Legends record that while exploring the central North Island he had become cold and called for fire from Hawaiki, the ancestral homeland. His sisters swam the Pacific Ocean bringing him fire and warmth, landing first at White Island in the Bay of PIenty. On their journey underground through the central North Island they emerged at the places now marked by geysers, mud pools and thermal waters. These are the stories passed on by the ancestors and told to tourists by our very own guides, of the Tūhourangi Ngāti Wāhiao people.

“The inhabitants of Whakarewarewa built their homes close to the thermal vents because of the warmth and hot water for washing and cooking. Later when the tourists came, the sight of people living among the steaming vents intrigued them almost as much as the vents themselves… they seemed to think it was worth crossing the world to see a race of people who built their homes on top of gurgling craters, risking the chance of being blown to smithereens just to keep warm and when these people were a happy crowd, prepared to put on concerts, dive for pennies and demonstrate their arts – well, this was really something.” Rangi, local Whakarewarewa Guide 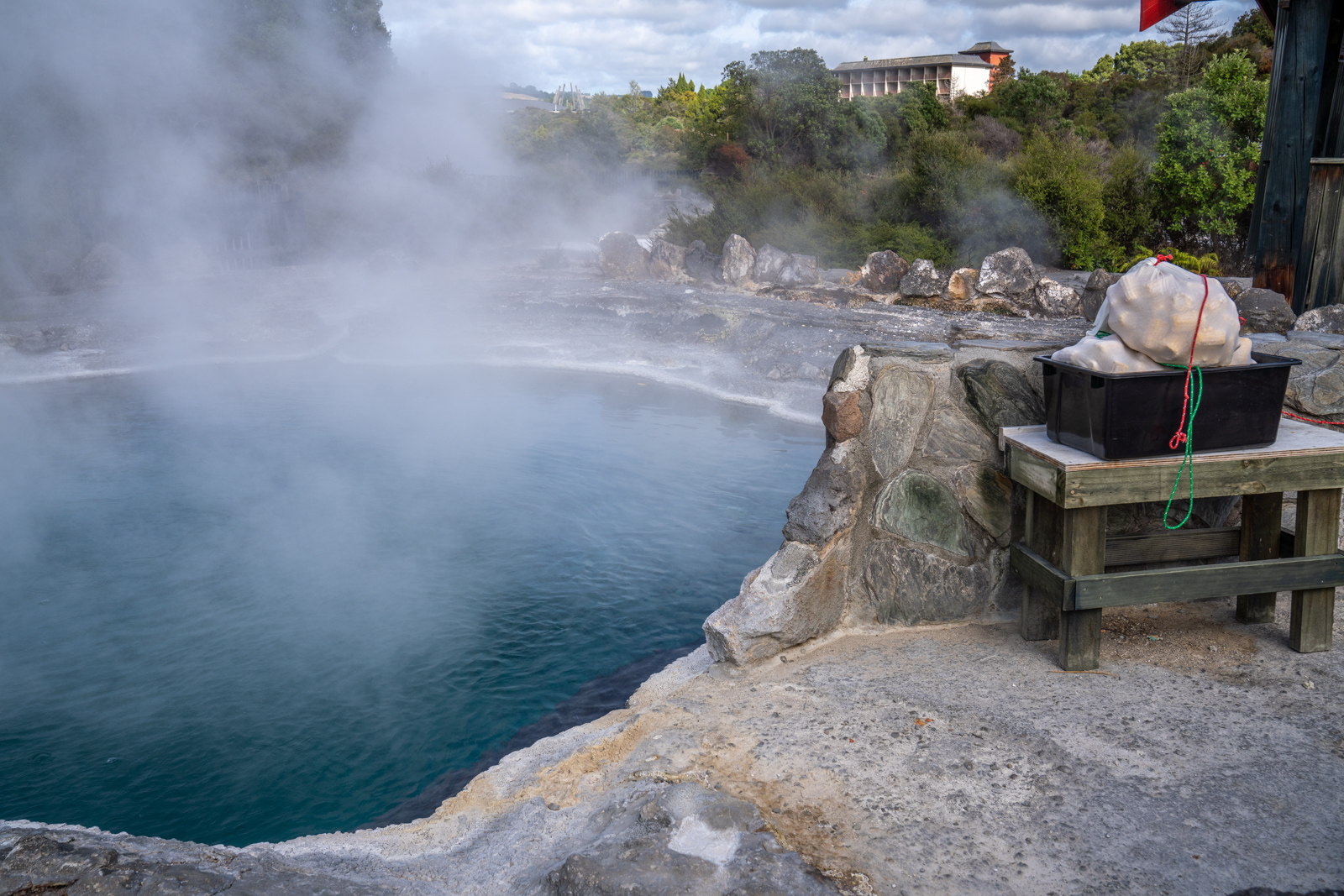 Soon after the first Pākehā – mainly missionaries and traders – arrived in Rotorua in the 1830s, local Māori began to turn the inquisitiveness of the visitors to advantage by showing them the geothermal environment. The Pink and White Terraces at Rotomohana were the most popular sights, and a guide was essential. The best known were Sophia (Te Paea) Hinerangi (Guide Sophia) and Keita Rangitūkia Middlemass (Guide Kate), both of whom spoke fluent English.

Tourism business for Wāhiao developed under Guide Sophie and Guide Maggie – who has been described as New Zealand’s first international celebrity. In 1901 Guide Maggie named herself Papakura after the geyser located in the village and soon became world – famous because of the visit of the Duke and Duchess of Cornwall and York to Whakarewarewa. 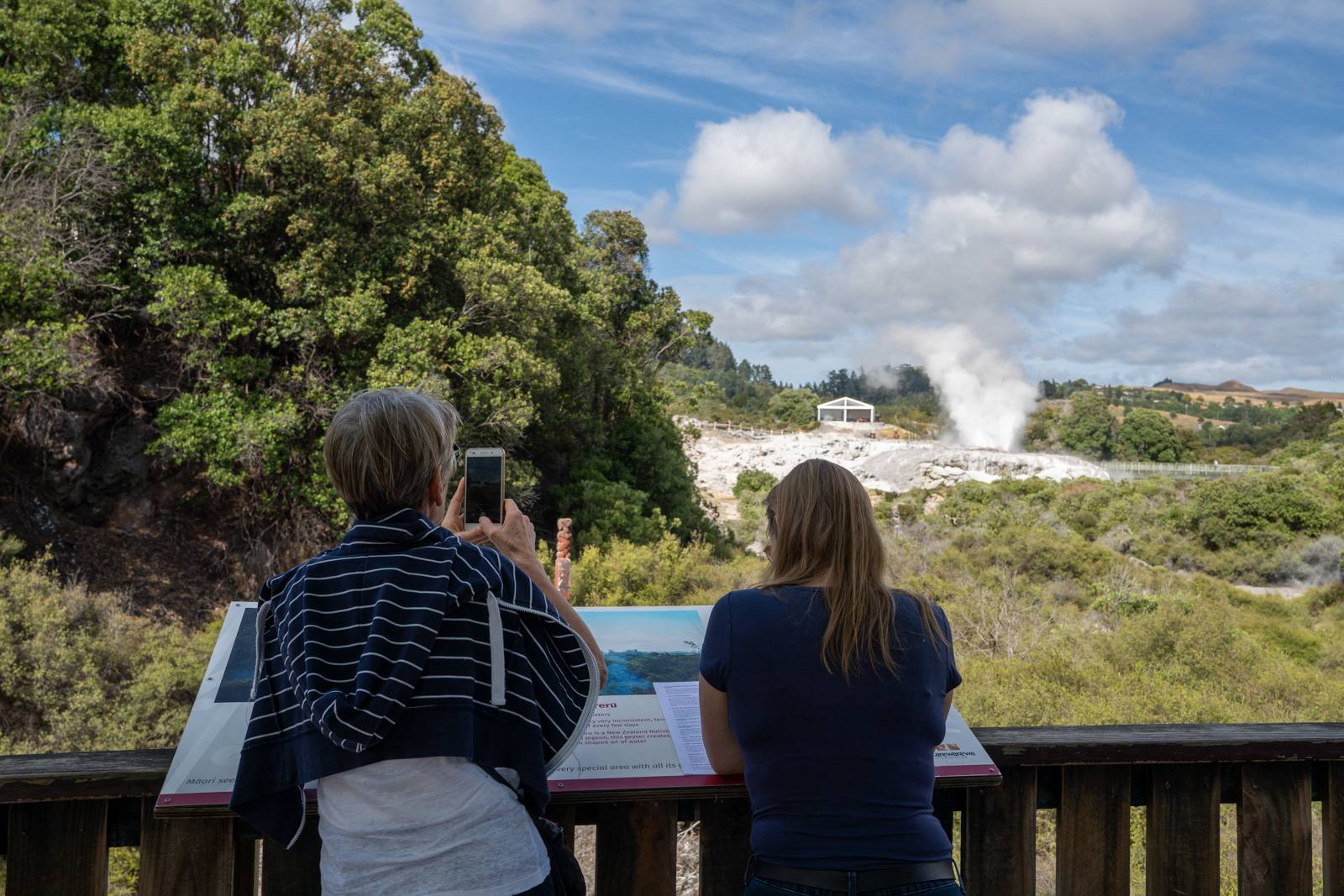 Tourism began to grow in the region with guests wanting to explore the geothermal environment.

“Our mythology and legends are rich with examples of humans, gods and the thermal elements the pursuit of Hatu Patu by the bird woman Kurangéituku who met her fate in a boiling pool in Whakarewarewa is a particular favourite. The names of every hot pool, mud pool, geyser, fissure, stream and in the thermal valley, how they are connected to each other and their respective function, the daily physical associations – all of these things provide a rich tapestry of knowledge, understanding and commitment, which for our people over time strengthens our identity – who we are, where we are and why.” Huia Te Hapu, local Whakarewarewa guide

Rotorua is full of rich culture and history, infused with nature and adventure, visit our blogs to learn more about the attractions on offer in Rotorua.